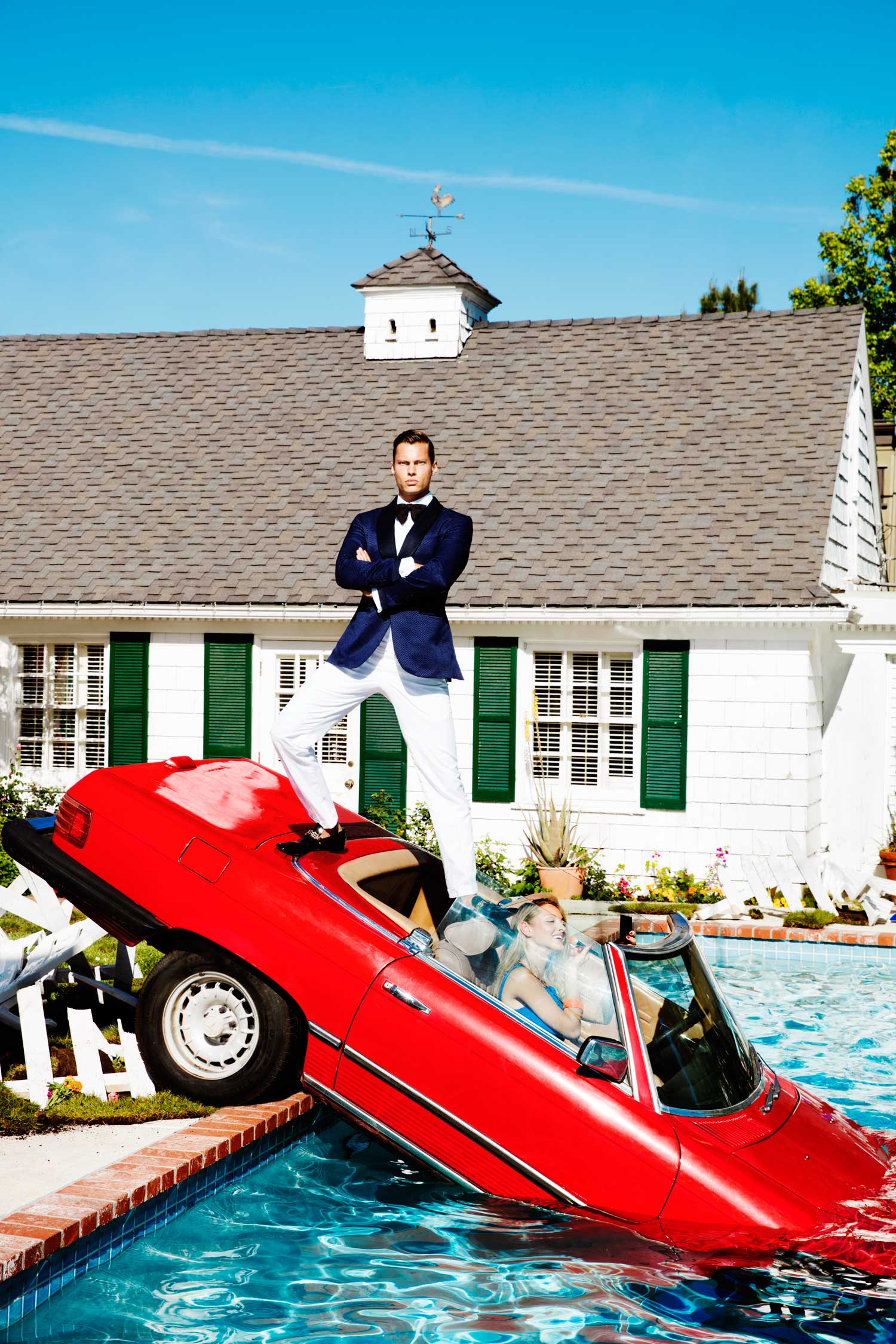 A riot of colour, a lick of gloss and a touch of irony – welcome to the sunshine-drenched, palm tree-filled world of Tony Kelly.  Cinematic, stylish, theatrical and very, very sexy, Kelly’s work is a blissful brew of colour and gloss. It is little wonder he is often referred to as a modern-day Helmut Newton.

Tony has a diverse and action-packed background behind the camera, and these myriad experiences have helped to create his current high-end works. His foray into the rarefied world of fine art comes after a long and scenic career path.

Born in Dublin, Ireland, in 1975, Tony cut his teeth as a photojournalist, capturing the burgeoning celebrity culture that sprung up in a city embracing a new found wealth. His voracious appetite for blue skies and sun-drenched panoramas drew him to Barcelona where he embraced the "street voyeur" within. His quirky spin on daily life and cultural idiosyncrasies that surrounded him quickly became his distinctive signature style.

Today, Tony is based in Los Angeles; a destination that led him to work in locations as diverse as Rio De Janeiro, Africa and the Middle-East. He now inhabits an environment that excites his artistic flow like none other. Although highly polished, his work is playfully subversive which forces you to stop and think, inviting us to venture beneath the glossy veneer and confront stereotypes, taboos and role reversals.

His first fine art photography book, TONY’S TOYS, was limited to 1,000 copies and sold exclusively in Marc Jacobs stores. His second publication, TAKEN!, was released in September 2016 and was published by teNeues.  It achieved critical acclaim and was described as the most entertaining photo book you’ll ever see.

Elsewhere in Tony's career, he remains highly-regarded by iconic brands and advertisers, from MAC Cosmetics and BMW to Louis Vuiton and Philip Plein. In 2017, his ad campaign for TNT’s Claws won him a coveted Clio award.